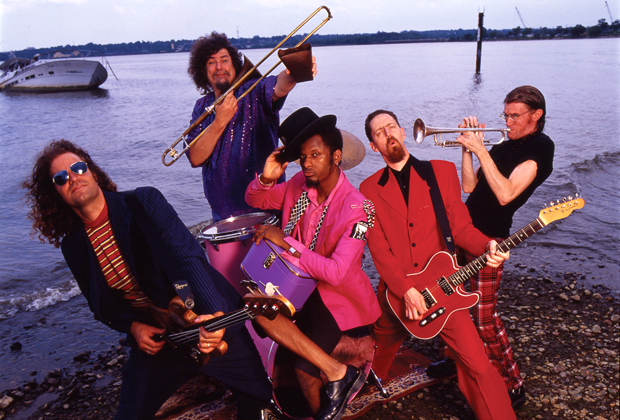 All Mighty Senators is a rhythm fused quintet from Baltimore, MD which has toured the United States and Canada extensively. They released their first recordings under Baltimore indie Merkin Records before releasing four albums on their own Dog Eat Dog Records to both critical and popular acclaim.

Their live shows, fronted by the charismatic Landis Expandis and guitar-god Warren Boes, have remained one of the most revered on the East Coast, establishing a diverse and rabid following ranging from indie-philes to rave cadets to festival freaks. Although their genre-defying sounds have drawn comparisons to such disparate acts as Sly and the Family Stone, Frank Zappa and Beck, AMS continue to be one of the few true originals.

AMS boasts nine offerings in their collection, including the retrospective All Mighty Senators – Checkered Past, New Tomorrow: Essential AMS (1988 – 2005) on Severn Records. 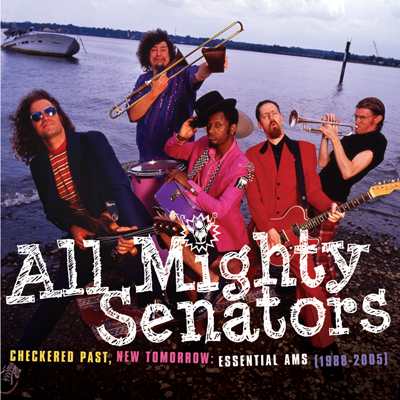