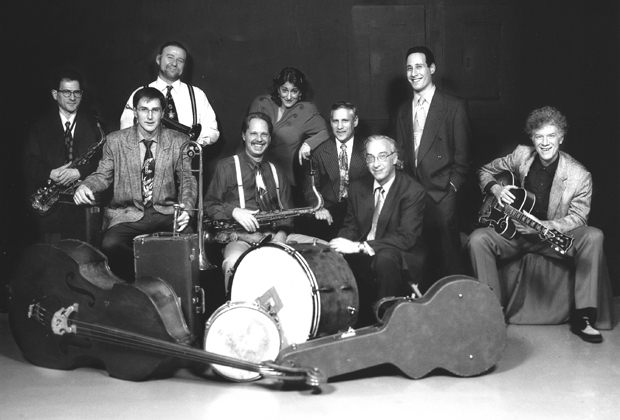 Combining the swing of Count Basie, the beat of Buddy Johnson, the New Orleans lilt of Fats Domino, and the passion of Dinah Washington, the J Street Jumpers were one of the East Coast’s most popular swing bands. They garnered the respect of the Washington Area Music Association as evidenced in their 1998, 1999, 2000, 2001 and 2002 (WAMA) Wammie Awards wins: Best Big Band – Swing Duo/Group, Best Big Band – Swing Recording and Best Jazz. Their 1998 release, Is You Is or Is You Ain’t My Baby was on the Washington Post’s list of favorite local CDs of the year.

Founded in the early ’90s by saxophonist Charlie Hubel, the J Street Jumpers spent most of their career honing their chops in clubs, halls, and ballrooms in the mid-Atlantic. They performed for President and Mrs. Clinton at The White House at the annual dinner in honor of the Governors of the States and Territories. The band also wowed crowds at The Kennedy Center’s Millennium Stage.

The J Street Jumpers embrace the irrepressible swing of Harlem in the ’30s, the infectious L.A. jump-blues sound of the late ’40s, and the soulful raunch of classic New Orleans R&B. From this, they’ve distilled their own zany brand of ’90s swing — with reverent authenticity, sweatin’-all-night fun, and chops unmatched by the Johnny-come-latelys. The Jumpers are a rock-solid, jumping, swinging, and shouting band with many band members having more than two decades of experience playing jump-blues and swing-jazz. Their extensive repertoire can keep even the most demanding audience on the floor begging for more. 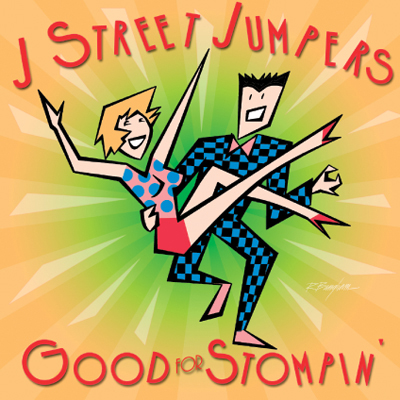