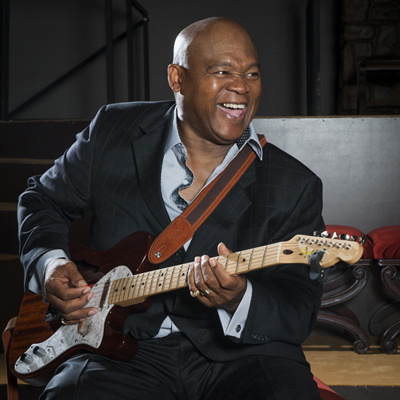 Sam Butler’s solo debut, Raise Your Hands! puts his own spin on an Americana compilation of bluesy spirituals written by some of the most important and compelling artists and songwriters of the last fifty years of rock and roll (Bruce Springsteen, U2, Eric Clapton, Van Morrison, Johnny Cash, Tom Waits, etc.), with some righteous results. Butler’s resume also includes work with Keith Richards, Steely Dan’s Donald Fagan and gospel legend Clarence Fountain, and he can currently be seen in the critically-acclaimed play, The Gospel at Colonus. On Raise Your Hands!, Butler is joined by an impressive list of stellar musicians, including Sacred Steel virtuoso Roosevelt Collier, drummer Marco Giovino (Robert Plant, Tom Jones) and bassist Viktor Kraus (Lyle Lovett, Bill Frisell).

You can tell a lot by the company that one keeps. Following this logic, it’s clear that Sam Butler is an incredibly important and dynamic artist. When legendary Rolling Stones guitarist Keith Richards and his producer Steve Jordan wanted to add some truth to Richard’s 1989 solo album, Talk Is Cheap, they called on Sam to “moan” on a track. Steely Dan main man Donald Fagan was so moved by Sam’s soulful stirrings and guitar playing in the much-lauded play, The Gospel at Colonus, he has been a collaborator, friend and fan of Sam’s for more than 20 years. And of course, Sam worked for many years as the guitarist in The Blind Boys of Alabama, a position that he apprenticed for by accompanying his father, influential guitarist Samuel Butler Sr., on the road with The Blind Boys of Mississippi, beginning at the age of four. 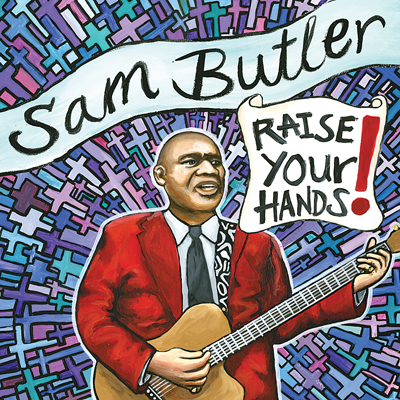