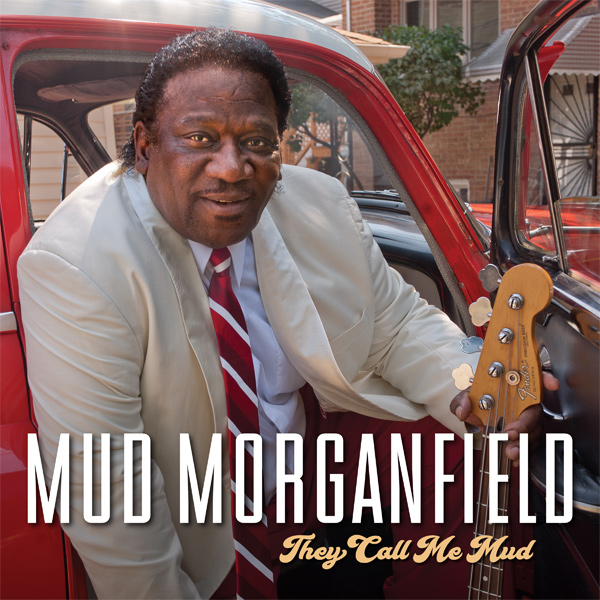 Severn Records announces a March 9th release date for THEY CALL ME MUD, the new CD from singer Mud Morganfield, son of the legendary blues icon, Muddy Waters. Produced by Mud Morganfield and Rick Kreher (who also plays guitar on the CD and was a guitarist in the Muddy Waters band), They Call Me Mud was recorded at Joyride Studios in in Mud’s Chicago hometown. Mud penned 10 of the album’s 12 songs, with two others coming from his illustrious father’s catalog, “Howling Wolf” and “Can’t Get No Grinding.”

A stellar cast of Chicago area musicians adds some authentic, downhome blues touches to the recording, including Billy Flynn on guitar, Studebaker John on harmonica and backing vocals, Sumito Ariyo Ariyoshi on piano, E.G. McDaniel on bass and Melvin “Pookie Stix” Carlisle on drums. Special guests include Billy Branch on harmonica, Mike Wheeler on guitar and Mud’s daughter Lashunda Williams, who joins her dad on a loving duet, ‘Who Loves You,’ where Mud gets to stretch out on some of his R&B grooves. There’s also a horn section featured on several tunes, and Mud, himself, plays bass on three tracks. 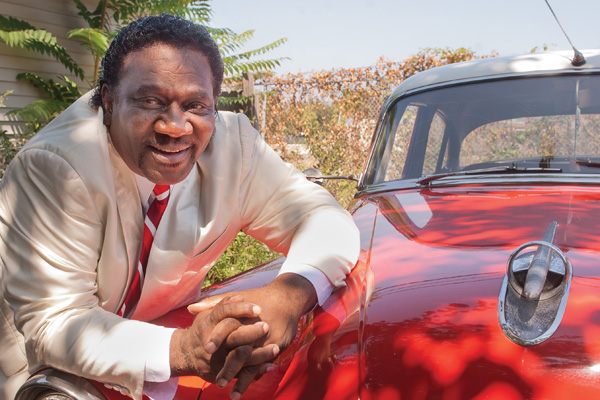 “I think it’s the some of the best work I’ve ever done yet,” Mud Morganfield proclaims about the new disc. “I feel that with the variety of material I have on here, people will get a chance to hear the other sides of my music: everything from soul and R&B to jazz and, of course, blues. I got to play bass on three songs, too, and I’m so proud to a have my youngest daughter, Lashunda, sing with me on this album. She’s a natural, too, and regularly sings gospel at home.”

In the album’s liner notes, co-producer Rick Kreher recalls how he found out about Mud and finally got a chance to meet and become friends with the big man. “About a dozen years ago or so, I heard that a son of Muddy Waters was popping up at clubs on the Westside of Chicago and sitting in for a couple of tunes. A few weeks later, a Chicago blues club was having their annual musicians Christmas luncheon and there was this guy who certainly looked like Muddy. As soon as I introduced myself and he began to talk, I knew without a doubt that this was Muddy’s son. No one could have that deep baritone voice and as soon as he gave that little ‘chuckle’ that Muddy always did, I was convinced. Since that first meeting, we have become great friends and have worked together on many musical endeavors. Mud Morganfield has grown into a superstar on the blues circuit. Certainly, there will be comparisons to his dad, but that can be expected and rightly so. Mud comes as close to the Muddy experience as one can get. He will always pay tribute to his dad with the Chicago blues ensemble sound that Muddy created. But, Mud was also brought up musically in the ‘70s and ‘80s when soul, Motown and R&B ruled the world. Mud played bass and performed with bands playing the hits of that era. This, along with his blues pedigree, has influenced Mud’s own songwriting skills, which are constantly evolving.”

They Call Me Mud is Morganfield’s third album for Severn Records. Son of the Seventh Son (2012) was the first recording that brought Mud into the blues limelight. Mud wrote most of the songs on that album, which was nominated for numerous blues awards and received rave reviews around the world. His last album, For Pops (2014), a tribute to his dad that featured harmonica great Kim Wilson, was showcased on National Public Radio and garnered a Blues Music Award nomination for Traditional Album of the Year.

Rick Kreher describes the music on the new disc as “a blues buffet, with something for everyone. We have a new signature song, ‘They Call Me Mud,’ a hard hitting funky blues with Mud growling it on home. Some rockin’ blues with Studebaker John on harp and Mike Wheeler on guitar going toe-to-toe on ‘“Who’s Fooling Who?’ We have a couple of Chicago blues stompers, ‘Walkin’ Cane’ and ‘Rough Around the Edge;’ a great minor blues, ‘48 Days,’ with Billy Flynn channeling the great Jimmy Johnson on guitar; a Stax groove on ‘Oh Yeah;’ and Mike Wheeler again getting funky on ‘24 Hours.’

“Then, to honor his dad once again we have Muddy’s slide guitar blues, ‘Howlin’ Wolf,’ and the roaring shuffle, ‘Can’t Get No Grindin’,’ where everyone takes a solo turn. And finally, a jazzy instrumental, ‘Mud’s Groove,’ featuring the great Billy Branch on harp. This was the kind of song that blues bands would play before the star of the show would appear to get them into the groove. This song is a perfect finale to a CD that showcases Mud’s take on the blues.”

THEY CALL ME MUD will be available on March 9th at your favorite local CD store or online for download at Amazon or iTunes.