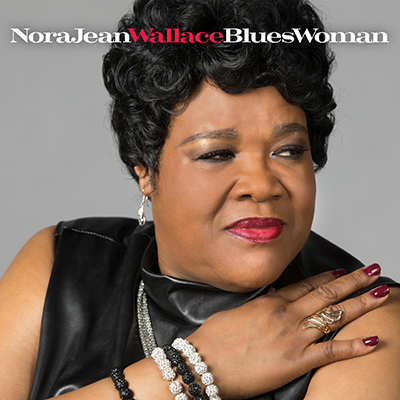 During a very low period in my career a friend reminded me that the Bible says your gifts will make room for you. When I gave serious thought to that which I already knew, I never looked back. Slowly but surely my gifts indeed have made, and continue to make, room for me and this project is living proof of that.
I left the blues scene to take care of mom who was sick at the time (she has since passed). From the cotton fields of Mississippi to the bright and steamy windows of Chicago blues, she always supported me. I think a part of her felt guilty because I had to leave what I loved doing the most to take care of her. And although she’s gone, she’s still with me. I thank God for all she instilled me. She always told me to put God first, never quit and everything else will fall in place.

Here I am in 2020 embarking on a renewed career in blues. The gifts that have made room for me have come in the form of creative people who’ve helped me pave a new path in the blues. I believe God had a hand in it all and has placed people in my life to make me better, stronger and more determined to do what I love best…sing the blues.

Thank you David Earl, the owner of Severn Records, for believing in me and giving me the opportunity to record again. Hugs and kisses to your wife Bridget for the hospitality she extended to me while we completed this project. Seems like this day would never come, but through it all you’ve been steadfast in making sure this project would be a success. With your support I’ve been able to once again share my voice with fans and the blues community that I’ve grown to love. Big, big shout out to Stanley Banks who put pen to paper to write some incredible songs for this project as well as share his talent.To all my family, friends and fans I look forward to seeing you on the blues trail. I’m excited about what 2021 holds for me and hope to see you all soon.