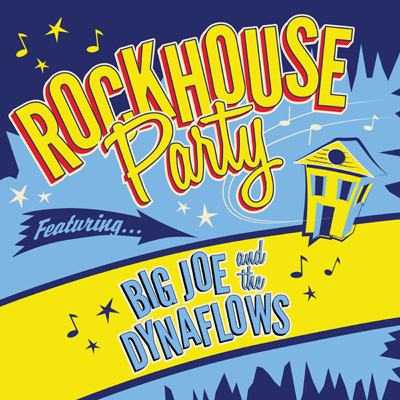 BIG JOE AND THE DYNAFLOWS

There’s no doubt in my mind that Big Joe Maher is one of the finest blues drummers – not to mention singers – alive. His heart pounds to an “old school“ shuffle beat and this collaboration with fellow “old-schoolers” is one of the best aggregations of blues talent to record in years. How can Yates McKendree, a 16-year-old guitar prodigy, be “old school?” Maybe he picked it up from his old man, Kevin, a brilliant, “in demand” keyboardist and owner of the studio in which this project was produced. And then there’s the amazing 16-year-old singer/guitarist Erin Coburn. She’s another teen phenom with a facility rooted in the blues tradition. When I first met guitarist Frahm, he was likewise a prodigy of “old school” sensibility. He quickly accrued a formidable reputation on the blues scene. Bassist “Mookie” Brill is a blues veteran of many years possessed of a deeply soulful voice. Incredibly, this is the first time his expressive vocals have appeared on a recording! Produced by Kevin and Joe, this session was engineered by Evan Sarli. If the name sounds familiar, Evan is the song of the late Jeff Sarli, a masterful bassist who left us much too soon. Obviously, this combo boasts an impressive pedigree. So do as the title implies – crank up this disk and have yourself a “Rockhouse Party”! – Marty Baumann