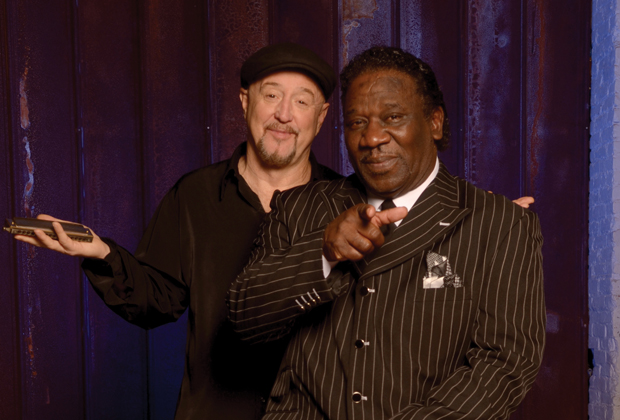 The idea came from Severn Records president David Earl. “I think he was thinking along the terms of it being Muddy’s 100th birthday”, explains Mud. “I’m on his label and Kim Wilson’s on his label and he just brainstormed that it would be a good idea to kind of salute my father with this tribute album. And the rest is history.”

“I’ve known about Kim for years—and the Fabulous Thunderbirds”, said Mud. “Until this project we never got a chance to play together, but I’ve respected his harp playing for years. As a matter of fact, I respect any harp player. People don’t seem to understand the relationship—Otis Spann and Little Walter, and James Cotton and those great harp players—I just don’t think you can have any really good blues unless you got a harp player…if you want some good, dirty, lowdown blues, you have to have a harp player.”

Kim Wilson recalls their initial meeting: “The first time I met Mud was on the session. I knew his father very well and I think Mud realized that I was pretty close to his dad. There was a kind of instant respect between both of us. We got to know each other a little bit and he’s a hell of a guy.”

“It’s a very natural performance”, explains Kim. “We didn’t have to do very many takes. I think we tracked the whole thing in two days. It might have been three, but all those guys in that studio, they knew the music and that’s the key.  The CD came out fantastic. David Earl hired all the right guys.”

In speaking to the potential pressure Mud might feel to fill his dad’s shoes Kim says, “If you listen closely, he doesn’t sound totally like his dad. He’s got the same tone, he’s got the same timber, but he’s doing his own thing. He’s just a regular guy. He obviously loved his dad and he sounds a lot like his dad but I think he lives, musically at least, kind of a carefree life. He can do just about anything he wants and that’s a nice place to be.”

Mud adds, “I can only tell you I feel my father’s presence whenever I perform his stuff. I can see him just looking down saying, ‘That’s my boy. You got it now, that’s it’ and just keeping a thumbs up.” 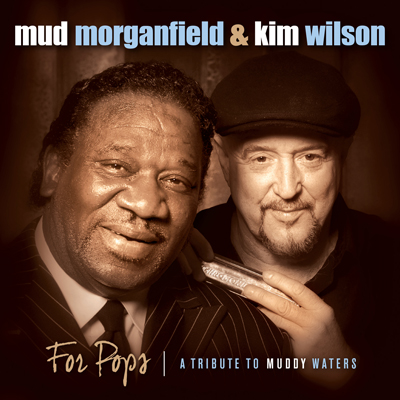 FOR POPS (A Tribute to Muddy Waters)
PRESS
Promotional Photo