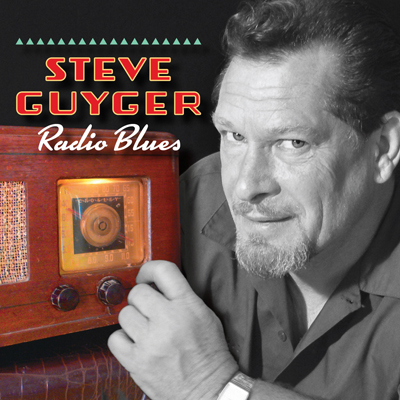 Harp ace Steve Guyger return with Radio Blues, a collection of tunes that were inspired by listening to the radio of the fifties and early sixties. Steve is considered by many to be a true master of the blues harmonica. He has been playing the blues for over four decades. Over that time Steve has developed a signature sound but still manages to maintain the proper nod to the masters. Radio Blues also features the guitar work of Johnny Moeller of the Fabulous Thunderbirds and liners by longtime friend, Rick Estrin of Rick Estrin & the Nightcats (formerly Little Charlie & the Nightcats).

Check out Steve’s other Severn title, Past Life Blues.

A very special thanks to Annie K Beidler for always being there.

And Rick Estrin for his musical support.