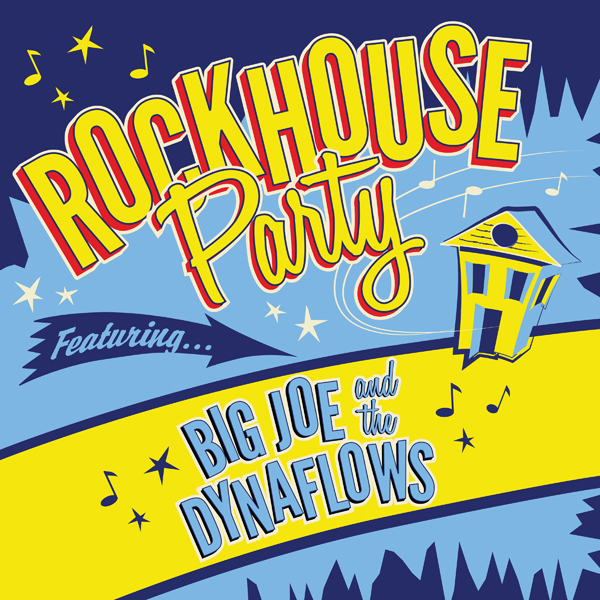 BIG JOE AND THE DYNAFLOWS ARE THROWING A HOUSEROCK PARTY, AND EVERYONE IS INVITED!

The new album was produced by Big Joe and Kevin McKendree, who also contributed piano and organ on the sessions, which were recorded at McKendree’s Rockhouse Studio in Franklin, Tennessee (hence the album’s title). The rest of the players on Rockhouse Party included three-time Blues Music Award bassist “Mookie” Brill (who also sings lead vocals for the first time on record), plus the talented guitar tandem of Robert Frahm and Yates McKendree, Kevin’s then- 16-year old son (who’s now a ripe old 17). Another teenage phenom, Erin Coburn, adds her tasty guitar licks on one song and backing vocals on three more. The tracks showcase both a number of original songs as well as several cool covers.

“Rockhouse Party represents my love of pure blues and R& B,” states Big Joe Maher. “The songs I write come from my heart and tell the same story as all the great blues artists have done for the last 100 years: the story of life!”

“This album was something I have wanted to do for a while,” relates Maher. “It brings together some of my favorite musicians – the McKendrees for one. I gave Kevin his start in the music business with his first gig with the Dynaflows back in 1987. We have played together off and on since then; and then his genius son, who I have known since his birth, he’s simply the best. Only way I can describe Yates is that he’s a 50-year-old man in a 17-year-old body. I have known Robert Frahm since he was about 17 and now at 37 is a true bluesman on the guitar. I met Tom “Mookie” Brill playing the now-defunct Double Door Inn in Charlotte, North Carolina, in about 1982. From the minute I met him, we hit it off. We are kindred souls who think alike, love great singing and follow the same deal. If you can sing we love you! Tom had never sung solo on a record before and I felt it was my duty to feature him on this project. The end result – he knocks it out of the park!”

“I have always loved blues; it’s like an infatuation with me,” Maher proclaims. “I have been blessed to have played with some of the greatest blues and R& B artists ever. All in all, this CD is ME…..this is the music I love and will play till my last breath…..so sit back pour your beverage and let the Rockhouse Party begin !!”