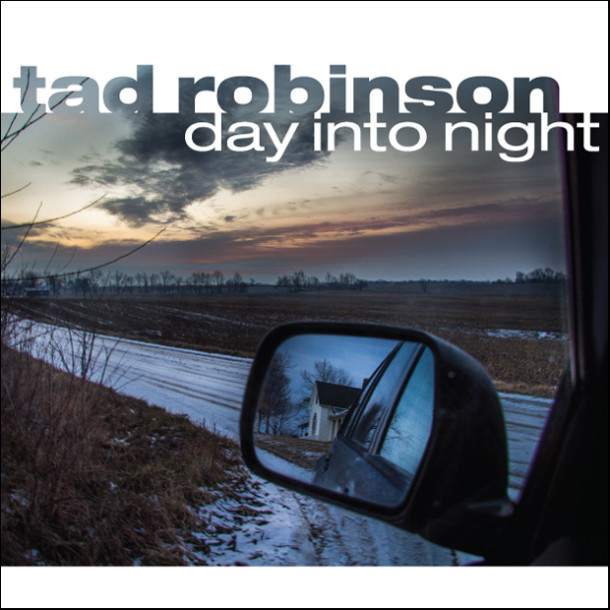 This veteran team of musicians, recorded at Severn Sound Studios in Annapolis, Maryland, shows its experience by focusing on how best to serve each song. “It’s not about excess,” notes Robinson; “rather, paring down the accompaniment to the essence of each song.”

That restraint is obvious throughout Day Into Night, enabling Tad Robinson’s soulful vocals to take front and center, resulting in the strongest soul/blues collection in his growing catalog to date.

The legendary Anson Funderburgh lends his signature stabbing, punctuated guitar lines on “Lonely Talking,” the deepest soul/blues cut on the album. “Anson provided a real gut-check with a call and response to my vocal, which gives it deep passion and intensity,” says Robinson.

Additional highlights include the stunning opening track, “Soul Lover,” with its elegant horn chart courtesy of arranger Kenny Rittenhouse; the infectious soul of “Mellow in Love” and “Love Is a Winner;” and the band’s re-working of Bobby “Blue” Bland’s up-tempo number, “Lead Me On.” “This goes to the heart of the record with its message of trust and humility,” declares Robinson. “In the end, that is the essence of the entire disc.”

The songs contained on the new CD are reflections of the way we connect, love and remember. They flow from soul celebrations of sturdy, tested love to the blues of relationships tangled up in doubt, old flames and new attractions, with the inevitability of Day Into Night.