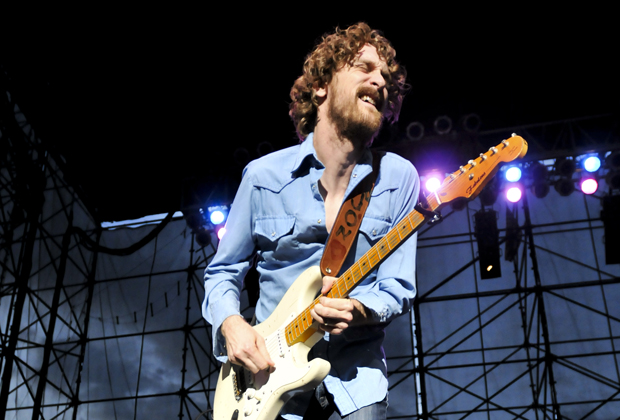 Johnny Moeller’s guitar playing is full of voodoo and lighting. The floating bent notes, delicately singing phrases, bursts of staccato picking, and ringing piano-like chords that he sculpts into vibrant solos bring all the beauty, power, and mystery of the blues to life. Yet he’s impossible to pigeonhole. You can hear the Lone Star State players who’ve influenced him — Albert Collins, Lightnin’ Hopkins, the Vaughan Brothers — still, Johnny is a maverick.

“The truth of the matter is I’ve never really tried to emulate anybody else,” explains Moeller. “There are lots of great guitar players who inspired me, and singers and saxophone players, too. But I don’t like to limit myself to purely one style of music. I have my own thing, which is blues based, and then I like to mix in everything else I love: soul, jazz, funk and rock ‘n’ roll.”

That amalgamation comes naturally to the Fort Worth native who grew up on his father’s blues and soul record collection, the classic rock he heard on radio and the albums by everybody from elegant jazz guitarist Grant Green to down ‘n’ dirty boogie architect John Lee Hooker. But the blues is always Moeller’s compass. It’s been that way since he stumbled on an old Lightnin’ Hopkins album while flipping through the bins at Record Town. “When I got that album home, the minute I played it I knew that was what I wanted to do.”

Since then Moeller’s developed into one of the genre’s most stunning and soulful six-string stylists with an uncanny ability to support heavy hitters. Although his most visible gig is backing Kim Wilson in the Fabulous Thunderbirds, Moeller’s also the Severn Records house guitarist. In that role, he’s lent artful licks to albums by stellar vocalists Darrell Nulisch and Lou Pride, harmonica ace Steve Guyger and others. He’s also been a long-time member of fellow Texan Nulisch’s band and has toured with the Severn Soul Revue backing singers Nulisch, Pride, and Tad Robinson.

Johnny has three solo releases to his credit: 1996’s The Return of the Funky Worm, 2001’s Johnny Blues Aggregation and, most recently, his debut Severn recording, Bloogaloo! (Severn CD-0049) released in 2010.